Home > CannaBlog > What does the 2018 Farm Bill mean for the status of CBD?

What does the 2018 Farm Bill mean for the status of CBD? 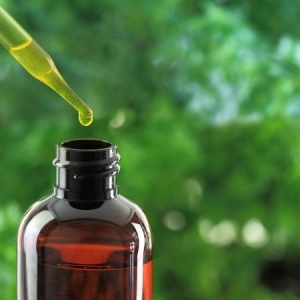 President Trump recently signed the 2018 Farm Bill into law. This is not an ordinary farm bill, as the most interesting changes involve the cannabis plant and cannabis is not usually part of the discussion concerning farm subsidies, nutritional assistance, and crop insurance. However, Senate Majority Leader Mitch McConnell’s strong support for and guidance on hemp has sparked much discussion and interest.

Hemp is defined in the legislation as the cannabis plant with only one factor distinguishing between hemp and marijuana: hemp cannot contain more than 0.3 percent of THC. For decades, federal law has not differentiated hemp from other cannabis plants, all of which were formally made illegal in 1970 under the Controlled Substances Act.

While it’s accurate to suggest that hemp policy in the United States has been significantly altered by this new legislation, many misconceptions remain about what, exactly, this policy change accomplishes.

One misconception regarding the Farm Bill is that cannabidiol is now fully legalized. While section 12619 of the Farm Bill removed hemp and hemp derived products from Schedule I of the Controlled Substances Act, the legislation does not legalize CBD generally. In general, CBD remains a Schedule I substance under federal law. The Farm Bill creates an exception to this Schedule I status under a specific set of circumstances. The Farm Bill guarantees that any cannabinoid that is derived from hemp will be legal, if AND only if: that hemp is produced in a manner consistent with the Farm Bill, associated federal regulations, state regulations, and by a licensed cultivator. All other cannabinoids, produced in any other setting, remain a Schedule I substance under federal law.

Although Hemp Is Legal, Many Restrictions Remain

While the Farm Bill legalizes hemp, it doesn’t create a system wherein people can grow it as freely as kale or tomatoes. Hemp will remain a highly-regulated crop in the United States for the foreseeable future.

The 2014 Farm Bill permitted pilot programs to study hemp. These pilot programs had to be approved by both the U.S. Department of Agriculture and state departments of agriculture. This created small-scale expansion of hemp cultivation for limited purposes. The 2018 Farm Bill is more extensive. The language surrounding hemp cultivation is broad and far-reaching, not limiting farmers to pilot programs intended to study market interest in hemp-derived products. It clearly allows the transfer of hemp products across state lines. It also puts no restrictions on the sale, transport, or possession of hemp-derived products, so long as those items are produced in a manner consistent with the provisions of the new law. The new Farm Bill does not create an entirely free system in which individuals or businesses can grow hemp whenever or wherever they want. For example: 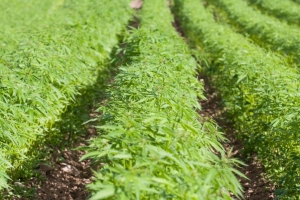 The 2018 Farm Bill treats hemp like other agricultural commodities in many ways. While many provisions of the law heavily regulate hemp, it also attempts to make hemp a mainstream crop. Several provisions of the bill include changes to existing provisions of agricultural law to include hemp. For example, section 11101 affords hemp farmers protections under the Federal Crop Insurance Act.

One of the goals of the 2014 Farm Bill was to generate and protect hemp research. The 2018 Farm Bill continues this effort via Section 7605 which extends the protections for hemp research and the conditions under which research can and should be conducted. However, under current federal law, any cannabis-based research conducted in the United States must source material from the University of Mississippi’s NIDA facility.  As background, the National Institute on Drug Abuse administers the only existing federal contract to cultivate research-grade cannabis in Oxford, MS. Given that hemp-derived CBD is no longer listed as a controlled substance, questions have been raised among medical and scientific researchers studying CBD products, and whether they are still required to obtain all products from Mississippi. This will likely require additional guidance from the FDA and DEA. 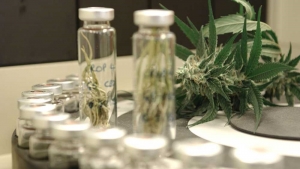 The Farm Bill has no effect on state-legal marijuana programs. Each of the state sanctioned cannabis programs remain illegal under federal law, and the Farm Bill does nothing to change that.

CBD products produced within state-legal, medical and adult-use marijuana programs are still illegal under federal law and thus subject to 280E and federal banking regulations. The same is true for hemp-based CBD products produced without the proper licenses from the USDA and relevant state regulators. This legal caveat is an important distinction for consumers and business owners to understand and is currently the source of much confusion. Anecdotal tales regarding CBD products and their seemingly widespread availability have contributed greatly to this misunderstanding. With the 2018 Farm Bill, there will be more broadly available, federally legal CBD products derived from hemp; however, this does not mean that all CBD products are federally legal. Knowing your provider and where they source cannabinoids will be a vital part of consumer research and business compliance going forward.

The Bridge West team has worked with many hemp and CBD companies to adapt our client’s financial practices to assist them in navigating this increasingly complex and competitive business environment. We will continue to work with hemp organizations of all sizes to implement strategic approaches and solutions for audit, tax, accounting, operational, software, cash management, and banking issues.

If you have any questions or would like to learn more about the accounting, auditing, tax, and advisory services Bridge West provides to the cannabis and hemp industries, please contact Jim Marty, Chief Executive Officer of Bridge West, at 303-651-0304 or jmarty@bridgewestcpas.com.

To speak with Peter Prevot, Senior Business Consultant of Bridge West, you can contact him at 225-571-7617 or pprevot@bridgewestcpas.com.