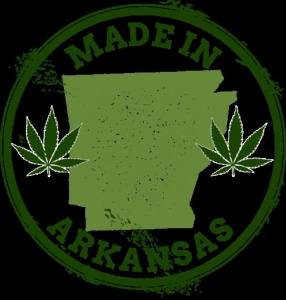 I had the pleasure of moderating a financial panel at the 3rd annual Ark-LA-Tex cannabis business expo in Little Rock, Arkansas last month. This was my second time speaking and attending this jam-packed event.  Ark-LA-Tex expo is one of the largest and oldest cannabis industry b2b events held in the south. This conference holds a special place in my heart given that it is held close where I grew up in the deep south. Both of my trips to Little Rock have left me feeling re-energized and motivated.  It is surreal to meet up and coming industry pioneers and witness first-hand the progress that the legal cannabis industry continues to enjoy in the Southern US.

A representative from the Arkansas Cannabis Industry Association kicked things off by providing a detailed update and overview of the medical cannabis program in the state of Arkansas. It has been 3 years since the people of Arkansas voted in favor of legal medical cannabis. Sales officially began in May of this year. State law allows for 5 cultivation / processing facilities and 32 dispensaries. Dispensaries are also allowed to grow a small amount of marijuana independently of the 5 licensed cultivators. 3 of the licensed cultivators and 10 of the dispensaries are currently open for business. Additionally, 5 retail outlets and 1 cultivation / processing facility are expected to be operating by year end. The remaining licensees are expected to open by the middle of 2020. Over 30,000 patients have already signed up for the program and that number continues to grow weekly. Marijuana can be sold in its raw, bud form along with a full range of vapes, oils and other products. I was surprised to learn that over 70 different medical cannabis cultivars are currently available for patient purchase despite the limited number of licenses. 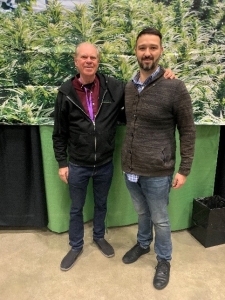 The keynote speech was delivered by world renowned cannabis guru Ed Rosenthal. With nearly 40 years of experience as a cultivator, Ed has written and edited more than two dozen books about marijuana cultivation and social policy. Ed’s books have cumulatively sold over two million copies worldwide. His first book is the only title on marijuana cultivation to be reviewed by the New York times book review and his latest release, Marijuana Growers Handbook has become a definitive marijuana cultivation resource and official course textbook for Oaksterdam University in Oakland, CA. Ed spoke about the societal nuances of marijuana use in the US and also spoke extensively about the plant’s unparalleled ability to make users more introspective and ultimately self-aware. He also spoke about similarities with the alcohol industry and the culture of booze consumption within the US… I found this part of his speech particularly interesting as a New Orleans resident. Ed also delivered two very informative speeches which showcased his in-depth knowledge of cannabis cultivation in addition to the keynote speech.

There was also much excitement surrounding industrial hemp at the Ark-LA-Tex Expo, especially given that Arkansas’s hemp cultivators recently enjoyed their first hemp harvest under the 2014 hemp pilot program. Several large seed companies were present in addition to hemp farmers who were eager to show off beautifully grown and manicured hemp flowers from the recent harvest. I was lucky enough to be gifted a pack of “Supreme OG” hemp pre-rolls grown by a local farmer that was hands down the most flavorful hemp that I have ever had the pleasure of trying. There was even a CBD chocolate fountain on the expo floor, which was another unique and new experience for me. 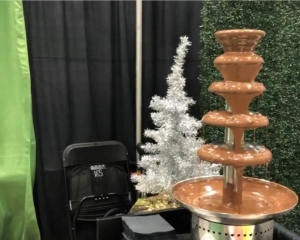 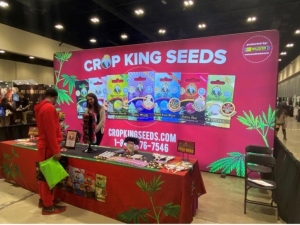 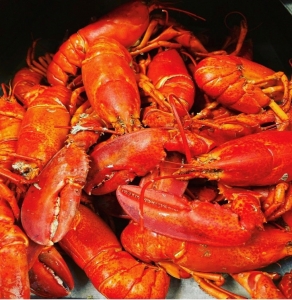 ce organizers surprised everyone by flying down fresh Maine lobster to be served at the first night’s after-hours social event. I had never tried fresh boiled lobster before, as crawfish tend to dominate the crustacean landscape in my home state of Louisiana. I quickly learned that I was a natural at peeling lobster from my years of experience in running crawfish traps in the delta. The venue was very well laid out and this intimate gathering stands out as one of the most unique cannabis networking events that I have ever attended. After all, its not ever day that one gets to eat fresh boiled lobster in the middle of Arkansas while discussing the finer points of cannabis legalization with peers from around the country.

Reach out to Senior Business Consultant Peter Prevot at pprevot@bridgewestcpas.com if you would like to learn more about the services that Bridge West is currently providing to new marijuana and hemp companies in Arkansas.