Section 280E, So You’re Telling Me There Is a Chance? 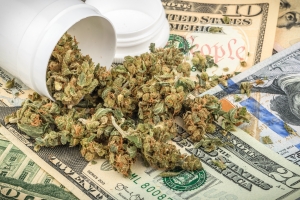 During the 38 years since IRC Section 280E was enacted, there have been many related Court cases. Most have ended with two, three, or all of the following results:

1.) Section 280E is not believed to be a penalty, and therefore it is not in violation of the Eighth Amendment concerning “excessive fines;”

2.) All state-legal cannabis/plant-touching companies are going to be considered “trafficking” in the U.S. Court system’s eyes, no matter what dictionary you use to define “trafficking;”

On October 23, 2019, the U.S. Tax Court ruled on Northern California Small Business Assistants Inc. v. Commissioner, 153 T.C. No. 4., which resulted in all three items mentioned above. The unique pieces of this case were that two of the judges gave dissenting opinions on the overall outcome of the case, which could be an open door for the cannabis industry.

Judge Copeland and Judge Gustafson had dissenting opinions on whether Section 280E was considered a penalty for the Eighth Amendment’s purposes. Also, Judge Gustafson went beyond just stating a quick viewpoint on Section 280E; he added commentary on how the provision taxes something more significant than income, within the means of the Sixteenth Amendment and is, therefore, unconstitutional. 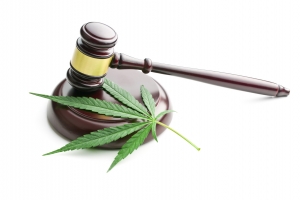 Judge Copeland’s dissenting opinion included a reference to U.S. vs. Bajakajian to address the statement that Congress purposefully intended for Section 280E to deter the activity of illegal drug trafficking. Copeland referenced this case because it states, “deterrence … has traditionally been viewed as a goal of punishment,” which led to her opinion that Section 280E was created like a penalty for the Eighth Amendment. In response to this, Judge Lauber makes a point to state that hundreds of Code provisions are designed to deter activity that Congress believes are undesirable. In contrast, this does not make these provisions like a penalty for Eighth Amendment purposes. The provisions mentioned by Judge Lauber included self-dealing rules, abusive tax shelters, disallowances in deducting bribes, and kickbacks, among other things.

Judge Gustafson goes down a different route than Judge Copeland by first explaining that he agreed the Eighth Amendment was not violated. It was not proven that the penalty at issue was “excessive” for North California Small Business Assistants. Outside of that, he expresses his thoughts on why Section 280E imposes a penalty by using every accountant’s favorite aphrodisiac, widgets.

In paraphrased form, ‘If a taxpayer buys widgets for $1,000 and sells them for $900, there would be a loss of $100. Congress could not tax the gross receipts of $900 as if it were income because under the Sixteenth Amendment (per 10th Circuit Court of Appeals), it is “mandatory” to allow a reduction for COGS. In switching to an example of buying widgets for $600, paying rent of $200 and labor of $200, we would still have a loss of $100 for generally all businesses. If this same company were to sell illegal drugs, then the rent and labor would be disallowed, resulting in the taxation on $300 of gross profit when there is an actual loss of $100.’

Judge Gustafson holds that the application of Section 280E in situations such as these results in the imposition of a fine for the Eighth Amendment’s excessive fines clause. He added that the provision turns a $100 actual loss into a $300 taxable gain, which results in a tax rate beyond 100% in a year of loss. Judge Gustafson closed by saying that the Court should not rely on the U.S. Court of Appeals’ decision on Alpenglow as that Court never performed an Eighth Amendment constitutional analysis suited to that case. He said that it relied on another case (Green Solution Retail) looking at Section 280E for the Anti-Injunction Act, which Gustafson believed was misplaced. He holds that Section 280E imposes a fine for the Eighth Amendment’s purposes, and two things need to be determined: 1). Does the Eighth Amendment protections extend to corporations and 2.) Did Section 280E cause an “excessive” fine or penalty to be charged to the taxpayer?

Why is this important? The hearts of the Court system are being softened as the results of this harsh Code provision are analyzed. Millions of tax dollars are being assessed on companies that are not cash-rich and have an actual economic loss from operations. The next time a Section 280E case makes it to this level in the Court system, perhaps it will open the potential to limit the amount of Section 280E adjustments made in a tax year. Does that mean you should cut-off the 280E adjustment, so that book income is adjusted from a $100 loss to $0? Should you not tax yourself on the amount beyond net $0? Does it mean that your tax should not exceed your taxable income prior to the Section 280E adjustments? Does it mean that an “excessive” amount should be determined, and the Section 280E adjustment would not go beyond that “excessive” threshold?  In the final analysis, there are several potential outcomes with Section 280E opinions.  It may be a tough fight; however, the door continues to open on taxation.

Stay tuned for more CannaBlogs and Updates from Bridge West

In this ever-changing world of cannabis taxation, the Bridge West team understands the tax and accounting issues facing the industry. We are proud to provide the best possible solutions to our valued clients.

If you have any questions and would like to learn more about any items in this article, please contact Nate Panning, CPA at n.panning@bridgewestcpas.com or a member of the Bridge West Leadership Team.