The Bridge West leadership team will deliver a series of regional cannabis industry updates via our CannaBlog. I am kicking things off with an update on the ‘state of the industry’ in the Southern United States. 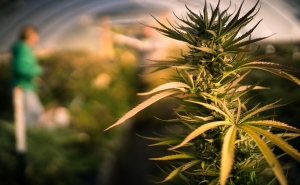 The Alabama state legislative session is currently on hold until March 31 due to the coronavirus. The Alabama Legislature is considering Senate Bill 165 (AL-SB165), which would create the “Compassion Act” to legalize medical marijuana in Alabama. AL-SB165 lists 16 medical conditions and categories of conditions for which an individual would be eligible for a medical marijuana card in Alabama, such as anxiety or panic disorder, Autism Spectrum Disorder, Crohn’s disease, epilepsy, fibromyalgia, HIV/AIDS, Post Traumatic Stress Disorder, sleep disorders, terminal illnesses, or “any other medical condition” approved by the Alabama Medical Cannabis Commission. Smokable forms and infused food products are not allowed under the bill. Approved dosage forms currently include vaporized liquids, capsules, gels, oils, creams, patches, and lozenges. The law establishes a patient registry. Daily dosage is capped at 75mg and patients are allowed to buy a 60-day supply under the current language. The law would also require that 25% of all licenses shall be awarded to entities with 51% minority ownership and daily operational control.  Four processor licenses and at least four cultivation permits are to be awarded under the bill; however, the state cannabis commission shall consult with the Department of Agriculture and Industries to determine the total number of cultivator licenses to issue. The legislation also allows the Commission to issue no more than four dispensary permits. Each licensee would then be allowed to open three dispensing sites. The current language also allows additional dispensing sites to be opened in the future if the commission determines that the patient pool has reached a sufficient level to justify an additional dispensing site in an underserved or unserved area of the state. 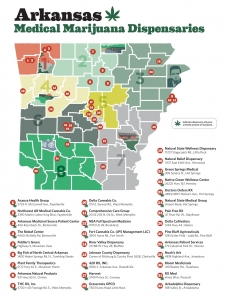 Arkansas state sanctioned medical marijuana sales started just over 10 months ago, after years of legal challenges and licensing delays. Out of 34 licensed dispensaries, 13 remain unopened. All five of Arkansas’ cultivation facilities are operational. More than 7,900 pounds have been dispensed so far, which equates to $50.7 million in total sales. 41,336 patients are registered as of early March with an additional 1407 applications in process. Additionally, the program is open to registered patients from other states.

Arkansas patients can access whole plant medicine and infused products. However, the production of certain edibles, including candies, cookies, brownies or other shapes that might appeal to minors, is prohibited. Patients can purchase up to 2.5 ounces of useable cannabis every 14 days.

The Arkansas legislature is currently still open for business. Dispensaries can deliver product to patients under state law and dispensaries do not need additional approval from the state Alcoholic Beverage Control Board or the Medical Marijuana Commission to start delivering to patients. Dispensaries must deliver to homes. They cannot bring their products to hotels or dorm rooms. Dispensaries must also take protective measures. Two dispensary employees must be in the vehicle, the vehicle must be unmarked with no company logos and the product must remain in a secure, locked container during transport.

Two separate groups are working to place amendments to the Arkansas Constitution on the Nov. 3 general election ballot. These amendments would legalize marijuana for recreational use by adults 21 and older.

Both groups are busy trying to gather enough signatures to place their amendments before voters.  Both amendments would establish a framework under which the state would regulate adult use marijuana sales, but the Arkansas True Grass proposal provides for less strict regulation. 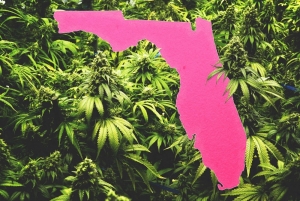 While Florida may not dominate the SEC in football, the Sunshine State certainly does dominate the region with 325,868 licensed patients and 234 operational dispensaries. The state legislature temporarily adjourned on March 19 due to the Coronavirus crisis. With people socially isolating, the State Surgeon General’s office greenlighted cannabis telemedicine for existing qualified patients last week via an emergency rule.

Florida dispensaries are rolling out several different initiatives in response to the current pandemic. Companies are increasing their delivery fleets, and many stores are allowing patients over the age of 65 to receive their products via free delivery. Florida cannabis retailers are also piloting mobile drive-up programs, which allow people to pick up products without getting out of their cars and are also staggering orders to cut down on the number of patients gathering to pick-up products.

State Rep. Ray Rodrigues and House Speaker Jose Oliva have been forceful about interfering with the free market when it comes to the state’s medical-marijuana program.  They have repeatedly introduced bills that would place a 10 percent cap on THC, the psychoactive compound that gets people high, but also relieves a multitude of ailments. After Rodrigues’s original bill recently died in the Florida Senate, he slipped an amendment into House Bill 713 in order to place a 10 percent cap on THC in cannabis sold to patients under the age of 21. The amendment was later stripped out HB713. The house went on to unanimously pass the updated version of HB713 without the controversial cap during the waning hours of the 2020 legislative session.

The Florida Supreme Court will hear arguments on May 6, 2020, regarding a proposed constitutional amendment that would allow recreational use of marijuana in the state. On Friday, March 20, the court issued an order to schedule arguments on the proposal by the political committee, “Make It Legal Florida.”  The committee initially sought to put the measure on the 2020 ballot but is now targeting the 2022 ballot. It submitted enough signatures to trigger a Supreme Court review of the wording of the proposed constitutional amendment; however, it did not meet a petition-signature deadline.

The proposal, in part, would allow adults 21 or older to “possess, use, purchase, display, and transport up to 2.5 ounces of marijuana and marijuana accessories for personal use for any reason.” It has drawn opposition from Attorney General Ashley Moody and legislative leaders.

The Georgia Access to Medical Cannabis Commission was established last year when Gov. Brian Kemp signed Georgia’s Hope Act into law. The Commission is comprised of seven members who consider and approve applications for companies to grow and sell medical marijuana in the Peach state. They have the authority to approve up to six private growers to cultivate medical cannabis. Since 2015, medical cannabis has been legal in Georgia for patients who carry a special registry card, but it was Georgia’s Hope Act that paved the way for a legal distribution network. Under it, card-carrying patients and caregivers will be able to purchase the medicine from licensed pharmacies. Applications are currently expected to be available in late 2020.

It was a record year for marijuana legislation in the bayou state with 15 marijuana related bills pre-filed. Current legislative efforts in Louisiana are aimed at removing the prohibition on medical marijuana in raw or crude form. Additional bills were also filed to allow physicians to recommend MMJ for any condition 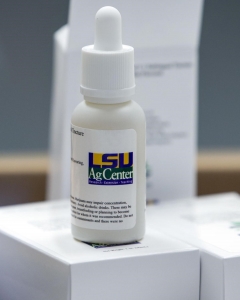 that they see fit and also remove barriers to entry for physicians who wish to integrate MMJ into their existing practice. The Louisiana State Board of Pharmacy issued an emergency rule on March 17 in order to accommodate delivery, curb side pickup and drive through services for state licensed dispensaries. The Louisiana state legislative session is currently adjourned until March 31, and further delays are currently anticipated.

Sales in Louisiana officially launched on August 6, 2019. Much like Arkansas, Louisiana’s medical marijuana program has faced years of administrative, licensing and lab testing delays. State regulations are more limited than Arkansas or Florida in that flower sales are not allowed, and fewer licenses have been issued (two grow/processor and nine retail permits). While all nine dispensaries are operational, only one of the state’s producers has released product to market. Southern University and their partner ILera Holistic Healthcare anticipate a limited product release in May 2020.

The Mississippi state legislature has adjourned until April 2 due to the coronavirus. MS Initiative Measure No. 65 has received enough signatures to be placed on the November ballot. However, the Mississippi Senate Constitution Committee recently passed HCR 39, moving the legislative alternative for the Medical Marijuana ballot initiative forward. The House Leadership’s position that Initiative 65, as signed by tens of thousands of registered voters and certified by the Mississippi Secretary of State, is poorly crafted and is a thinly veiled attempt for recreational marijuana use in the state. House leadership also argued that Initiative 65 restricts the Legislature from taxing medical marijuana, going against Mississippi’s Constitution that expressly gives that authority to the Legislature. If HCR 39 passes in the Senate, voters would see the Initiative and then 65 and 65A on their ballots and would need to pick one of the two.  The second part, 65A, would be HCR 39. House Democrats issued a statement also calling HCR 39 “an effort to kill” the medical marijuana initiative and saying the alternative language would dilute the vote.

Texas is considered one of the more restrictive states in the gulf south when it comes to cannabis access. Due to the coronavirus, the Texas Legislature partially suspended legislative activity, effective March 9, 2020, through March 31, 2020.

In 2015, the Lone Star State passed its Compassionate Use Program, which allows patients to consume “low-THC” products that contain .3% or .5% THC, depending on a physician’s recommendation. Smokable cannabis flower is not permitted, nor is home growing for any purpose. The second-largest state in the union only has three approved medical companies, making legal access difficult for numerous patients. In 2019, an effort to license additional companies was canceled just a week into the application process with no explanation. With market limitations in place and citizens indicating support for adult use laws, the traditionally conservative state could make progressive moves on adult use laws sooner rather than later.

If you have any questions and would like to learn more about marijuana legislation or business opportunities in the Southern U.S., please reach out to Peter Prevot, CPA, CIA @ pprevot@bridgewestcpas.com.