The IRS wins again… and again

CannaBlog by Jim Marty, CEO and Founder and Nathan Panning, CPA
Bridge West CPAs and Advisors to the Cannabis Industry 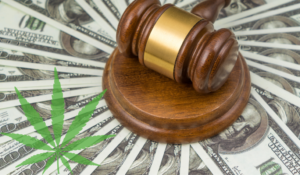 When it comes to Code Section 280E, the Internal Revenue Service (IRS) continues its unbeaten streak in U.S. Tax Court.  In the recent case, San Jose Wellness (SJW), a subsidiary of the well-known Harborside, a California retail dispensary, lost both of its arguments and was hit with a 20% penalty.  It is clear, yet again, that the Tax Courts do not want to hear the argument, “280E does not apply to legal cannabis businesses since we sell non-cannabis merchandise and services as well.” In the IRS’s opinion, it does not work in this case and others.

The charitable contribution argument resulted in the same outcome. SJW also contended that its charitable contributions were not paid “in carrying on” a trade or business, as required by Code Sec. 280E. The Court said, “it is well established that corporations are permitted to make substantial contributions which have the outward form of gifts where the activity being promoted by the so-called gift tends reasonably to promote the goodwill of the business of the contributing corporation.” Thus, SJW contributed the amounts “in carrying on” its trade or business.

The Court also disagreed that charitable contributions fall outside the purview of 280E.  It said that the concept has no relevance under Code Sec. 280E, which applies to “any amount paid or incurred… in carrying on any trade or business.”

After losing on both counts, the court upheld the negligence penalty. The Court noted that Code Sec. 280E “sweeps broadly to preclude a deduction for any amount paid or incurred and in each of the four marijuana dispensary cases that had been decided as of June 15, 2016: when SJW filed the tax return in question, “the Court had disallowed all of the taxpayer’s deductions.”

For cannabis companies contemplating aggressively taking deductions that are not allowed by 280E, the IRS and the Tax Courts are now assessing and upholding negligence penalties. These penalties can be as much as 20% of the additional tax. With each new court decision, another ‘deduction door’ seems to close.

Any change to 280E will need to come from Congress.  Will this happen under the new Democratic majority?  Time will tell.  It is interesting that they specifically added a note regarding the constitutionality of Section 280E not being challenged, so they would not address this issue. It is as if the writer was saying, “Why aren’t you going down this path? This wasn’t mentioned in the case, but I want to remind you of this possibility.”

Bridge West will continue to follow the IRS’s treatment regarding 280E and will share updates. Since 2009, our team of experienced accounting and tax advisors has been serving cannabis businesses nationwide, and we serve over 400 license holders. If you have any questions regarding 280E or if we can assist with any matter, and to schedule a complimentary consultation, please contact Jim Marty, CEO and Founder of Bridge West, at 303-651-0304 and jmarty@bridgewestcpas.com. Nate Panning, CPA can be reached at n.panning@bridgewestcpas.com

Webinar: What is Your Cannabis Business Worth and Why Should You Care?