CannaBlog by Jim Marty Founder of Bridge West, CPAs and Advisors to the Cannabis Industry 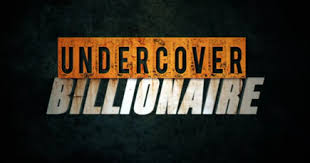 It started with a phone call; the producers of The Undercover Billionaire on The Discovery Channel found me on Google.  “Would you be interested in being on a TV show?” the assistant producer said. “We see you have experience in business valuations as well as public speaking and media interviews.”  I said I might be interested, so we scheduled a second call with her team and my long-time business valuation assistant, Jennifer Millican.

By the second call The Undercover Billionaire team decided they wanted me for the show. They then sent me a restrictive non-disclosure agreement (NDA) to ensure the season finale would be a surprise to the audience.

I was excited to learn that I would be in the last two episodes of the season.  The premise of The Undercover Billionaire is that a self-made billionaire could come into a small American town and build a million-dollar business in 90 days.  For this season, the small town was Pueblo, Colorado.  I headed south on I-25 from Longmont, CO on a beautiful day in October 2020.

They filmed me with the supposed local contact who represented the undercover billionaire, Louis Curtis.  Louis’s story was he is ‘down and out’ having gone broke in Los Angeles and he returned to his hometown of Pueblo to try to make it back there. We reviewed his forecasts and spreadsheets that had been sent to me and Jennifer a few days earlier.  The achievability of these projections would drive the value of the business.  I thought the forecasts and projections were aggressive, but potentially realistic.

The fact that Louis and his team had already signed-up several Pueblos businesses for their service impressed me.  Their business model was to create or improve websites for companies in the Pueblo market.  Their customer list included the local bank and some construction companies.

Louis was a heck of a salesman, and he pushed the projections, stating emphatically that they could be achieved. He pointed to a 100-year-old picture on the wall of the 1920s building he and his team were renovating to be their corporate headquarters.  He said the picture was his father and grandfather and his family in Pueblo went back four generations.  This turned out not to be true.  Other things turned out not to be true as well.

We wrapped up the interview and I headed back to Longmont.

Two days later, I returned to Pueblo to shoot the final episode.  Had Louis Curtis, with the help of The Undercover Billionaire done it?  Had they built a million-dollar business in 90 days?

When I arrived, the Director whisked me into his car for a drive around Pueblo.  As we were getting ready to leave, Curtis came to the window and said, “Had I done it?  What was my valuation?” As we pulled away, I said, “Boy, he is one heck of a salesman.”

The car ride was to let me in on what was going on. Louis Curtis was The Undercover Billionaire, Grant Cardone.  Grant Cardone is an actual billionaire who made his fortune buying and selling real estate in Miami, Florida.  He is a well-known speaker and television personality who presents motivational seminars to sold-out arenas.  I had almost figured out that Louis Curtis was not a ‘down-and-out failure’ from LA, but I did not quite put it all together.

After being reminded that I was under a strict NDA, we returned to the set to film the final episode.  I had our valuation calculations on my computer.  Curtis (Grant Cardone) and I sat down at a conference table to review the results.

Was the start-up website development company worth a million dollars or more?  Jennifer and I used standard valuation techniques to vet the cash flow forecasts and applied risk factors to recognize that the projections might not be achieved.

“Yes,” I said to Curtis (Grant) and the camera, “If current trends of securing new customers to develop their websites continue, the business would have a value of $2-3 million dollars.”

“Yes!” Curtis yelled, jumping up from the table.  “I did it! I won The Undercover Billionaire!” He high fived me.

The Director stepped from behind the camera, “Jim, this is actually Grant Cardone.  He is The Undercover Billionaire.”  I had to pretend to be surprised, so now I can ad TV actor to my resume.

As I drove back to Longmont, I replayed the entire experience, and my head was spinning with all that had happened.

Take-Aways from my Reality TV Appearance

I was very impressed with how much work goes into making a television series.  Throughout filming, there were 20-30 people working behind the scenes and on the set.  Grant Cardone was there the whole time in character as Louis Curtis.

Looking back on the whole experience I would do it again, but I will be a lot more skeptical of what I am being told!