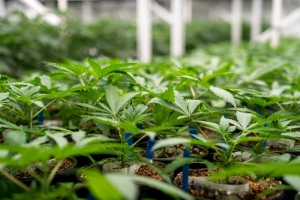 According to the constitutional amendment that voters approved in 2018, the department was required to license at least 192 dispensaries, 24 in each of Missouri’s eight congressional districts. This means DHSS could have awarded more licenses, but officials want to see if the minimum number can meet demand.

“In early 2019, DHSS commissioned an independent study from the University of Missouri to determine how many licenses would be necessary to meet Missouri’s demand,” according to a statement from Lisa Cox, a spokeswoman for DHSS. “The results showed it would be many years before the medical marijuana market would be likely to sustain even the minimum number of licenses mandated by the Constitution.”